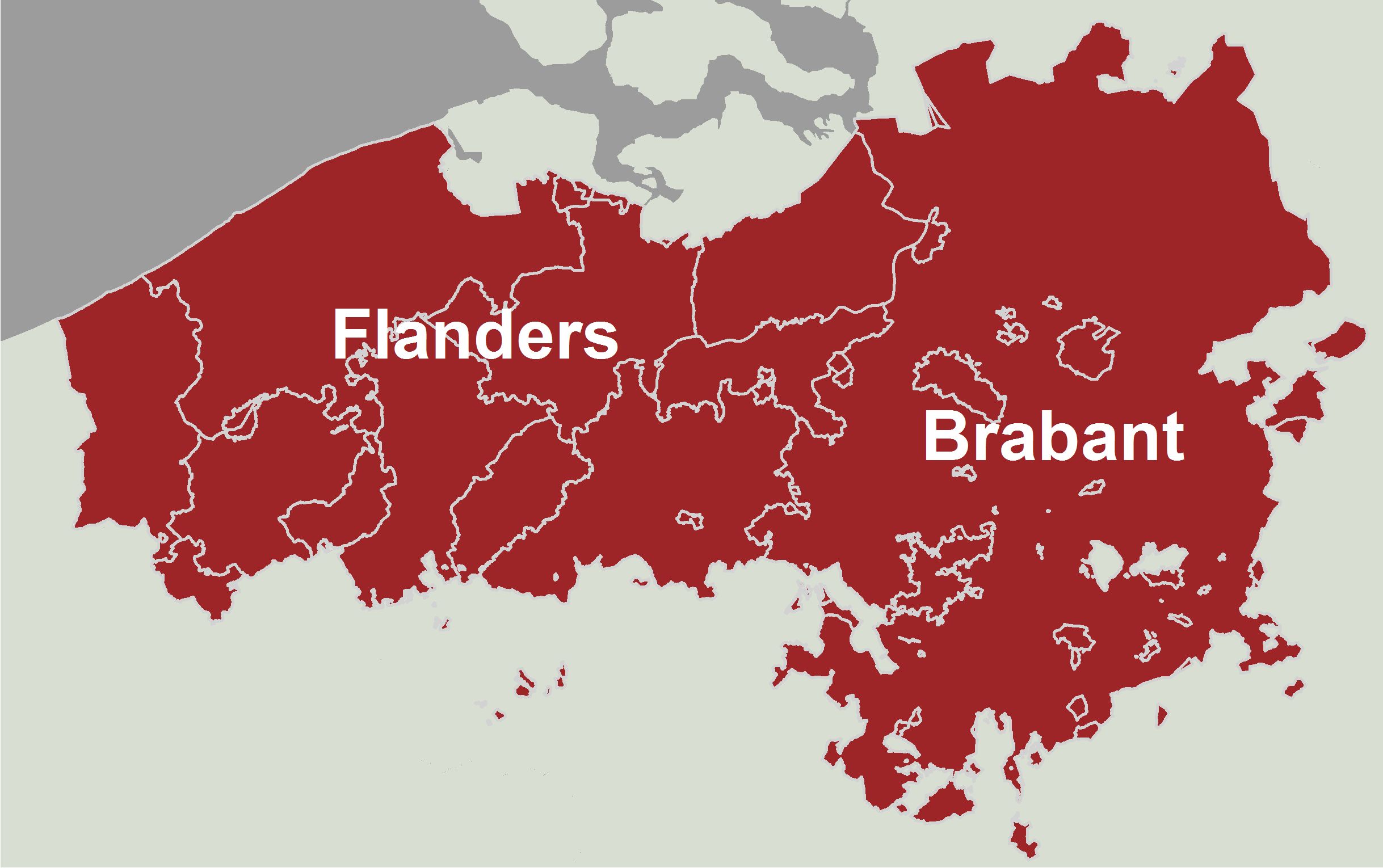 STREAM covers the Duchy of Brabant and the County of Flanders. The project includes the localities in present-day Belgium that were included in these domains in the early modern period. This area corresponds largely to the present provinces of Flemish and Walloon Brabant, East and West Flanders, Antwerp and the Brussels Region. In early modern times, this was one of the most densely populated and urbanized areas of western Europe. Fundamental economic transitions, such as the transformation of the agrarian sector and the rise of industrial production started early in this region.

STREAM is open to all quantitative and quantifiable sources that can contribute to regionally diversified datasets. Selection will be primarily based on the value of the early modern material to scientific research. Preference will be given to sources that include information on the composition of the population: demographic characteristics, household composition, occupational situation etc.. This information can be found in various population lists that were drawn up for tax censuses, church directives or other initiatives. STREAM will also reconstruct population developments on the basis of baptisms, marriages and deaths recorded in parish registers. Other economic, fiscal and social sources that fall under the above criteria will also be included: agricultural surveys (cattle, crops), tax registers (twentieth penny), and lists of the recipients of poor relief. Finally, we should include the relevant maps necessary for the development of the research infrastructure, as described under 3 (spatial dimension) below.